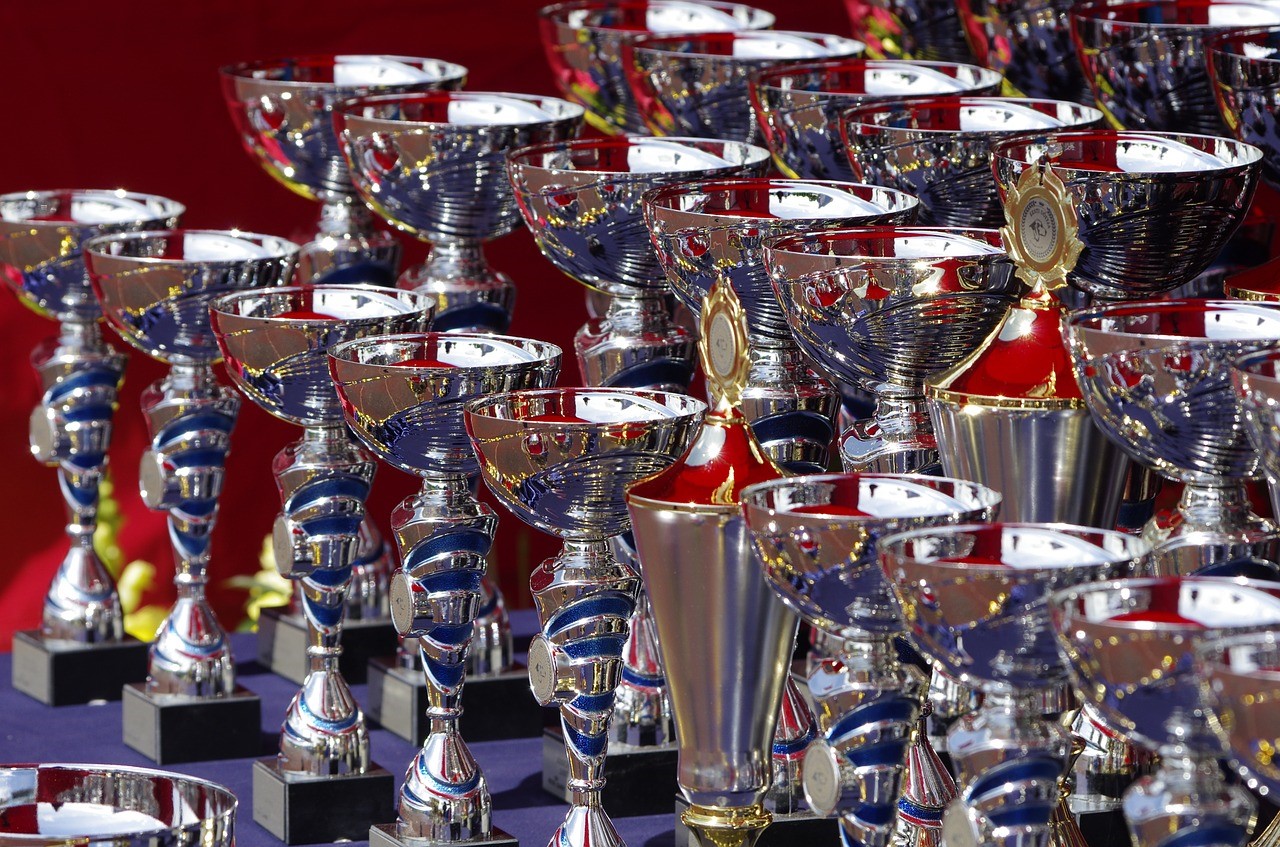 At the end of every competition, peoples’ attention will surely focus on the winner, their reactions, their faces, and everything else. But there is something other than the winner that can steal the spotlight—the trophy. Months of hard work, perseverance, and finally, here comes the trophy in their hands. Now, trophies already look great but there are other trophies in the world that will fill you with awe with just one look. Here are some of the top international trophy designs! 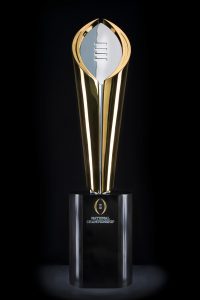 Standing 26.5 inches tall and weighing 35 pounds, the CFP National Championship Trophy is the most coveted trophy among college football teams in the United States. It boasts of sleek design with a focused football at the center of the base that rises to form an actual-sized ball at the top. The trophy is made from 24k gold, bronze, and stainless steel, while the base is formed from bronze with a hand-rubbed black patina finish. (Image source: College Football Playoff) 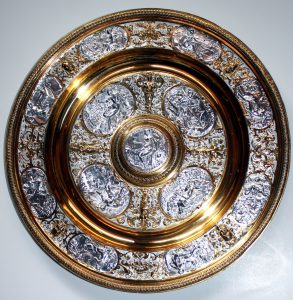 Given to the champion of Ladies Singles at Wimbledon, the Venus Rosewater Dish is a unique trophy that will turn heads. It is made of sterling silver and is partly gilded. The design takes on a mythological theme, in which various classical gods and elements are featured all over. As a whole, the dish has a diameter of 18.75 inches. (Image source: Design Swan) 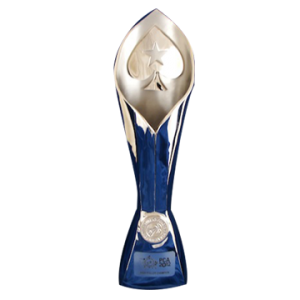 These custom-made trophies were created specifically for the PokerStars Caribbean Adventure (PCA) tournament. The design features an elongated trophy cup which is based loosely on the shape of a spade, a medallion with a PCA logo, and a customized plate with another logo and the award name at the bottom. This trophy stands 20 inches tall. (Image source: Bennett Awards)

Presented to the Major League Baseball team who wins the World Series, the Commissioner’s Trophy boasts an unorthodox yet incredible design. Without the base, it is 24 inches tall, approximately 30 pounds, and has a diameter of 11 inches. It is made of sterling silver and features 30 gold-plated flags which symbolize each of the Major League teams. The flags rise above a silver baseball (with 24-karat Vermeil stitching) that symbolizes the world. (Image Source: Los Angeles Times)

These top international trophy designs show nothing but elegance and brilliance. If you are looking for incredibly-designed trophies in the Philippines for your own, contact Craftsmen Enterprises now to work on trophy designs that will steal the show! 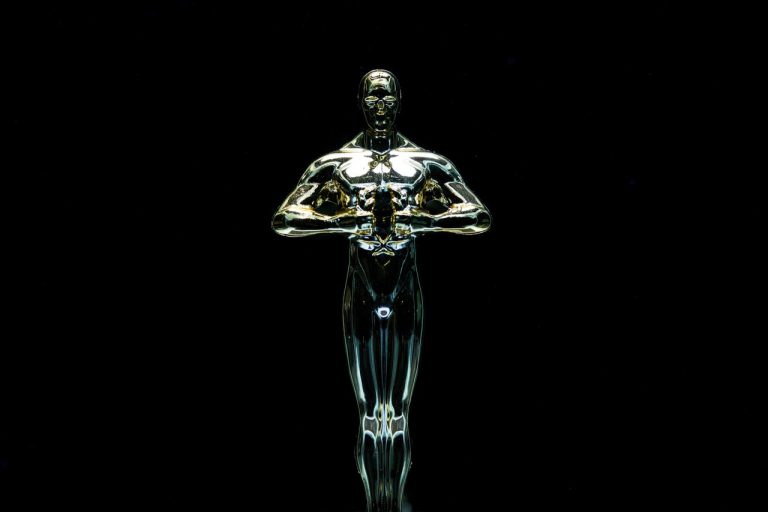 5 Most Prestigious Awards in the Philippines

Every year, we hear news and updates about various awards in other countries. Be it the Oscars, the... 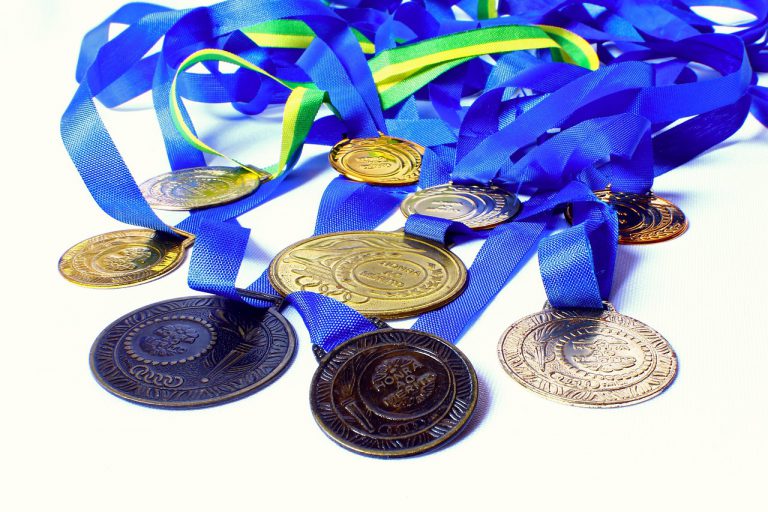 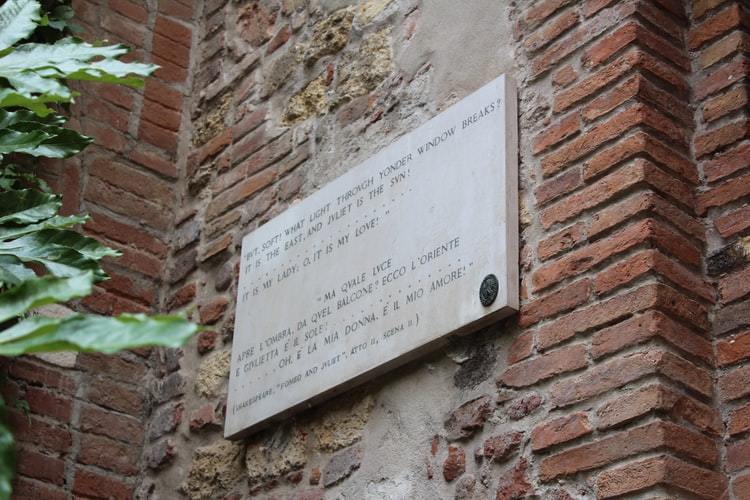 Throughout history, plaques have been used for a lot of things by a lot of people. Most of...